In 1972 the writer, Annie Dillard, began assembling hundreds of index cards, where she’d jotted down thoughts and quotations from a range of readings, meticulous observations of the seasons, notes on the natural processes that she’d witnessed near her home in the mountains of Virginia, and crafted them into a whole. The resulting book, Pilgrim at Tinker Creek, is a luminous and rhapsodic work that delves with great honesty into both the beauty and the violence of the natural world. At times quiet and contemplative, Dillard’s writing also reaches incandescent heights when her youthful, exuberant eye and sensual perception engage with the mysteries and specifics that surround her. The book invites us to partake of an intimate and closely observed world. 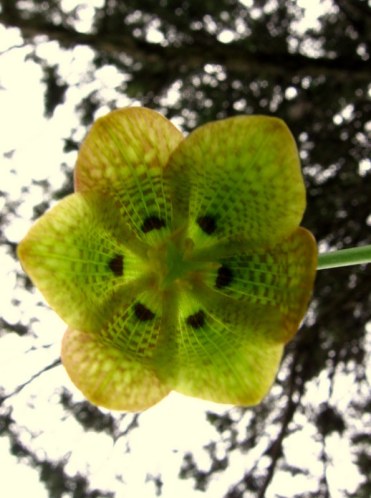 Just like the present, that mercurial moment that so often seems tantalizingly just out of reach, and to which Dillard devotes a great deal of attention, spring can be a difficult thing to grasp. In Pilgrim at Tinker Creek, Dillard finds herself chasing the seasons, especially spring, seeking the epiphanic in every movable moment. “Catch it if you can” she says of the brimming season, daring herself and her readers to make the embrace, to latch on to the myriad transformations. It is a refrain heard throughout the book  – catch it if you can -and upon which she stakes much of her alluring language.

From the moment it begins spring unfurls like spooled ribbon, picking up speed the closer it gets to its end, until it blurs by in the flash of an eye. Where deciduous forest in winter holds light in equal measure to wood, the meadow-green canopy seems to enclose so swiftly in spring that only a few small hollows of light sparkle their way in before it seals. Rivers swell with the waning snow, raising ponds and marshes from the ground you once walked. For all its descriptions, accolades and clichés spring remains a season of surprise.

The transformations that most entrance me are the waves of colour that sweep through the season. These are wildflower days, when any place, be it rural, urban, or industrial, has a shot at being decked with new tints. The colours streak through meadows and over hilltops, burrowing into the forest depths. They brighten the cracked pavements and vacant lots slumped at the edge of town, funnel along beside railway lines and factory yards. Wildflowers will themselves into place through an ungovernable determination, an audacious resilience. And there is energy within it all, “the force that through the green fuse drives the flower,” as Dylan Thomas so evocatively put it. But there’s the rub: the energy needed to flower is so intensely focused that it tends to wilt quickly, shifting gear into the making of seed. Skip a few days in any one place and certain colours will have come and gone, replaced by others in spirited succession. 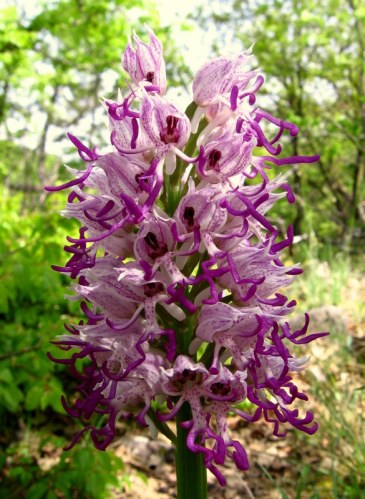 Across the hills and meadows of Prespa wildflowers have been racing for weeks – orchids, fritillaries and asphodels; primroses, geraniums and irises; all mingling and moving on, their vacant spaces taken up by something equally entrancing. Like every other year when I’ve walked the spring land, I’ve again missed many flowers, arriving too late to their places of bloom. But I prefer to think of those I’ve been fortunate enough to find, those brief seasonal sparks like grace notes embellishing the earth. Spring is winding down and nearly finished for another year, its colours fading to summer’s dry grain. But there’s a little time in the season yet, and its last, unfolding songs are ecstatic. Catch them if you can.