I woke to the scent of wildfire. The curtains stirred faintly while I rose from the bed, but by the time I reached the window the night breeze had taken back its hint of smoke. The dim outlines of the moonlit mountains were smudged against the sky and the village lights lay scattered across the dark. There were no flames as far as I could see, and no other smoke drifting with the wind. But there were wildfires out there somewhere.

It’s fire season in the Balkans. The hillsides are as dry as dust, withered pale and hazy by heat. The forest trees are turning early; not ripening into their fulsome autumn glow but becoming brown and brittle. In an effort to conserve moisture the trees are stopping the flow of water to their leaves, needless accessories in an age of austerity. The last half of summer has felt like one long desert day, a cloudless and desiccating drought. It hasn’t rained for weeks, since the 26th of July to be precise, and the strain is becoming evident. There are arguments over water; the river is a stagnant groove; sleepless nights are followed by fractious days. The delicate purple spears of autumn squill are rising a month early and dying back within days. There is tension tied up with the lassitude.

After more than a month of  temperatures wavering between 30 and 36°C the land is raring and ready to go: tinder, kindling and seasoned wood all wrapped up in one and waiting for the spark to fall. It might be lightning or a thrown cigarette, a bored and cynical arsonist, the sun finding the right angle on a shard of glass. But fall the spark does; there were at least seven fires in Prespa over the last week alone.

One began while we were bird monitoring on the plateau, but because of the undulating hills and hidden valleys it was impossible to tell exactly where the smoke was coming from. The only thing we were sure of was its proximity to the only road out. In the handful of minutes between deciding to abandon the shift and packing up the telescopes and gear, the smoke had shifted from a thin white stream to a foul brown funnel mushrooming above the hills. We met shepherds hurriedly rounding up cattle, aware of how quickly a grass fire can spread. The fire was about a kilometre away when we finally reached the road after having rounded the pass. Dark smoke roiled like breakers on a beach, led on by the orange crests of flame. Police were stationed on the road and we soon passed fire trucks as we left the plateau. We drove for home with an uneasy feeling of what we’d return to in a few days.

In the end the fire never reached our survey area, but swept swiftly over a large area of similar stony grassland close to the Albanian border. The summer hills were branded with a large black welt and I tried imagining what it might mean in terms of habitat and ecosystem. Like most things in nature fire is a complex phenomenon. It can both destroy and restore. Some forests are fire adapted, especially pine, so that their seeds are dependent upon flames in order to germinate. They lay dormant, waiting for fire, or as Colin Tudge says in The Secret Life of Trees, until they are certain of growing in the “nutrient-rich ash provided by their immediate predecessors.” And for certain ecosystems – such as the native prairies of North America (or what’s left of them) – fire is an integral part of their evolutionary development, fueling the rich renewal of sweet, wild grasses that supported buffalo in such vast numbers. The roots of native prairie grasses run deep, protecting them from the fire which clears old growth and allows new shoots to emerge.

A few years ago a fire raced over the August hills where I often walked. I was swimming in the lake when it began and I remember my odd and contradictory instincts while watching it. Along with an abject sense of loss I experienced an inescapable fascination, absorbed with the immense energy on display. And so I decided to follow up the fire. For a year I returned each month to the same hills to observe and record the transformations bestowed upon them by the blaze. I walked the curious border that outlasts the flames, the meandering line that divides the charred world from the spared; I came home covered in ash from the outings.

Along the way I found dozens of tortoises burnt inside their shells and wildflowers flourishing from the ashes in unexpected profusion. I watched grasses return with spring vigour and resinous junipers skeletal beyond repair. Ants marked out myriad trails in the black aftermath; jays buried future saplings in the burnt earth in the shape of acorns, while old oaks keeled over from the strain. I found a fox skull at the foot of a tree and migrating birds skimming the air for insects. The whole hillside habitat was undergoing an extraordinary moment of change, and both of my earlier feelings were born out by the process: the loss and fascination of it all. 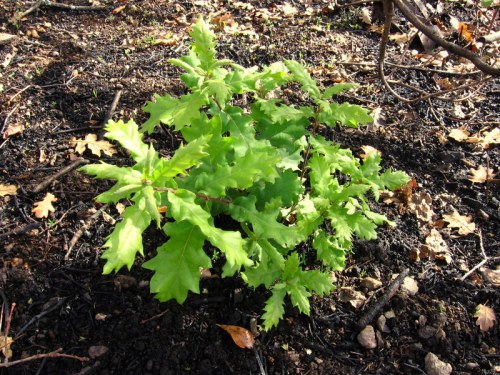 Fire is a natural component of our planet. Fewer and fewer fires are naturally started, however, and the delicate balance established over time between adaptation and flames becomes more precarious. Even well adapted ecosystems can’t weather a succession of storms, and global warming will result in greater periods of drought spread over a larger proportion of the planet, making catastrophic blazes increasingly common. Wildfires are an opportunity to rethink what we’re doing. 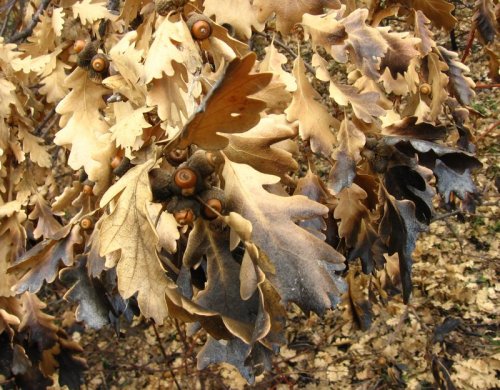 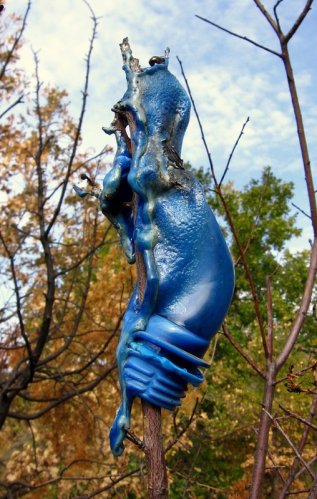 I woke to the stirring of the curtains again last night. The hot wind carried smoke on its back. I dreamt of fields ablaze, wisps of burnt grass and reeds and trees floating down in my restless sleep. But come morning the sky was clear.

Stepping out into another parched and blazing day, though, I’m aware of the endless possibility of fires igniting. Through the haze that already graces the early hour I sense the immense energy stored up and summoned by the sun. Everything feels on edge, and the air is taut. I’m waiting for the spark to fall. 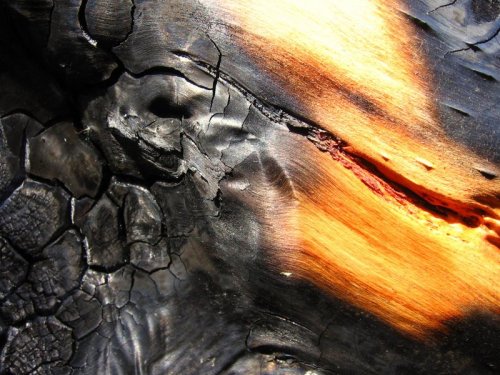