The Prespa lakes – Greater and Lesser – are amongst the oldest in Europe. Ancient lakes, enduring lakes, they are believed to be more than three million years old. 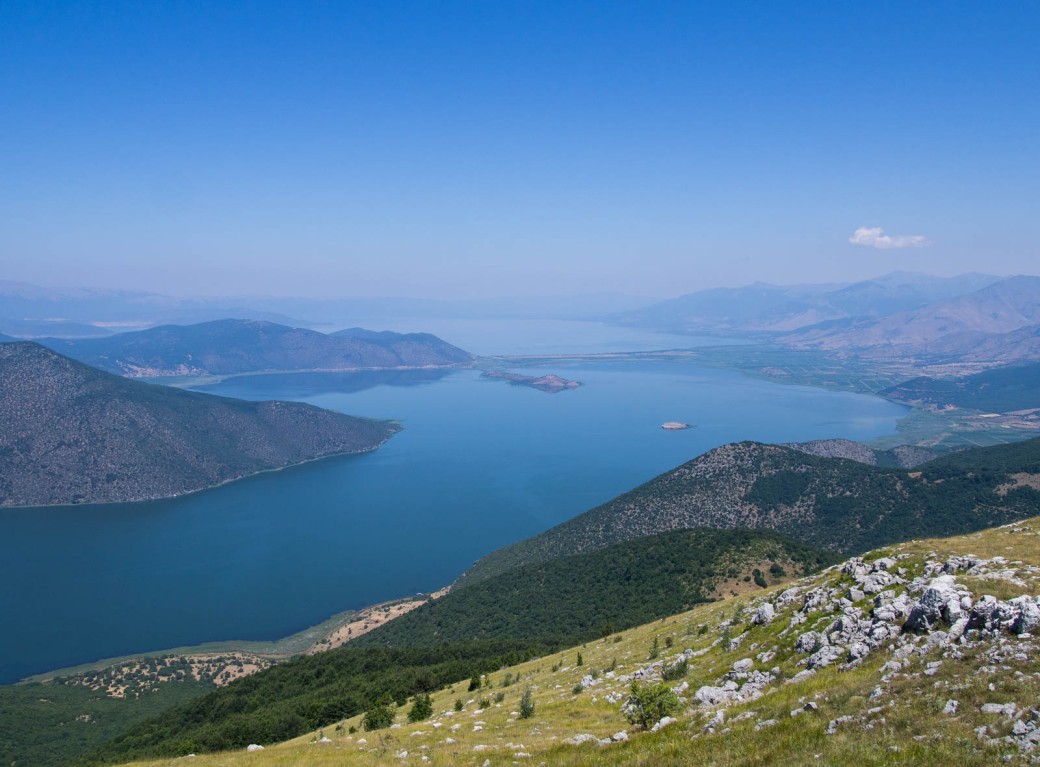 At times, the larger resembles the sea, when veils of mist and cloud vanish the far shores. Or when sharp light stirs its surface – all 250 square kilometres of it – like it belonged to the coasts of the Mediterranean. 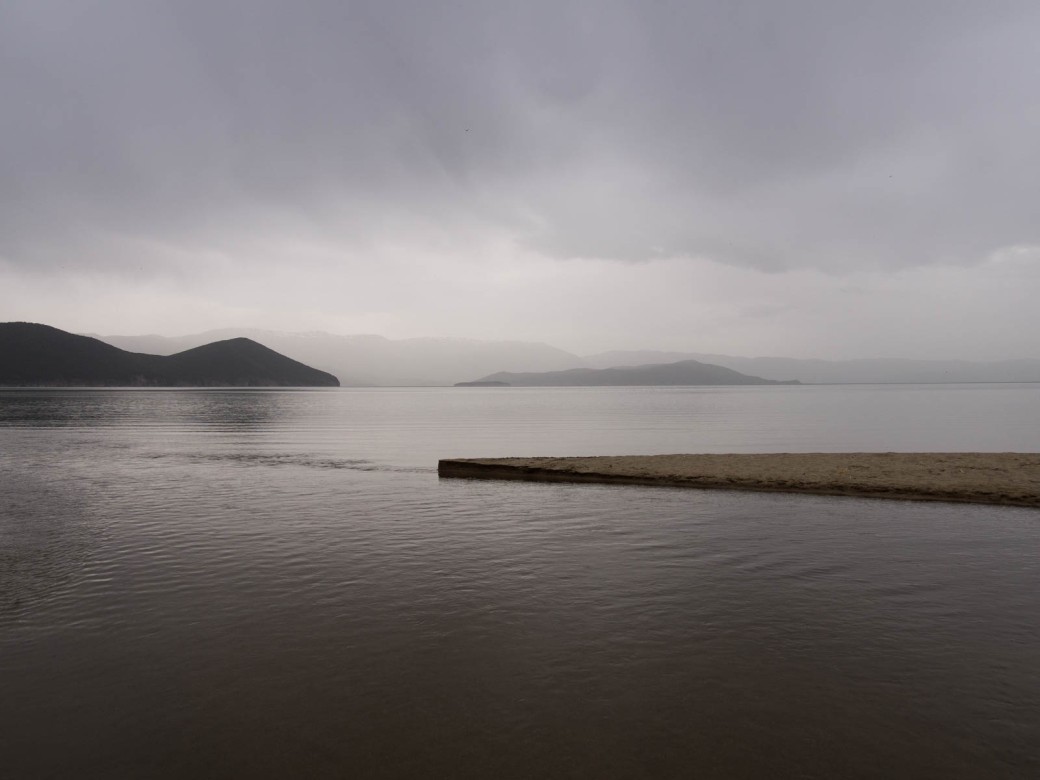 Lesser Prespa Lake is shallow, and more graceful in its shape. In its encircling reedbeds dwell seven species of herons, alongside the world’s largest colony of Dalmatian pelicans. In winter it can freeze as solid as a shield. 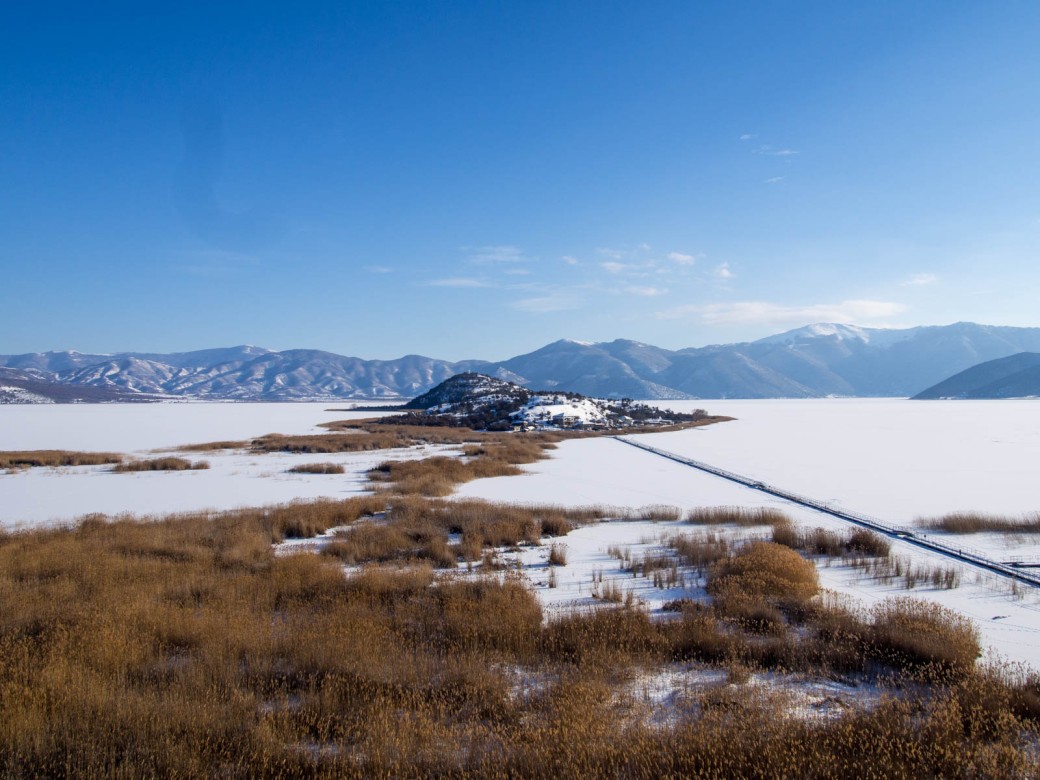 But what we see, in geologic terms, could be yesterday:

Just one lake pooled in the basin prior to the last ice age. For the thousands of years that followed, sand, soil and silt was sluiced off the mountains by storms and snow, so that day by day, and grain by grain, it gradually accumulated at the foot of the valley, slowly reaching out until it touched the other shore as an isthmus, dividing one lake into the two of today. 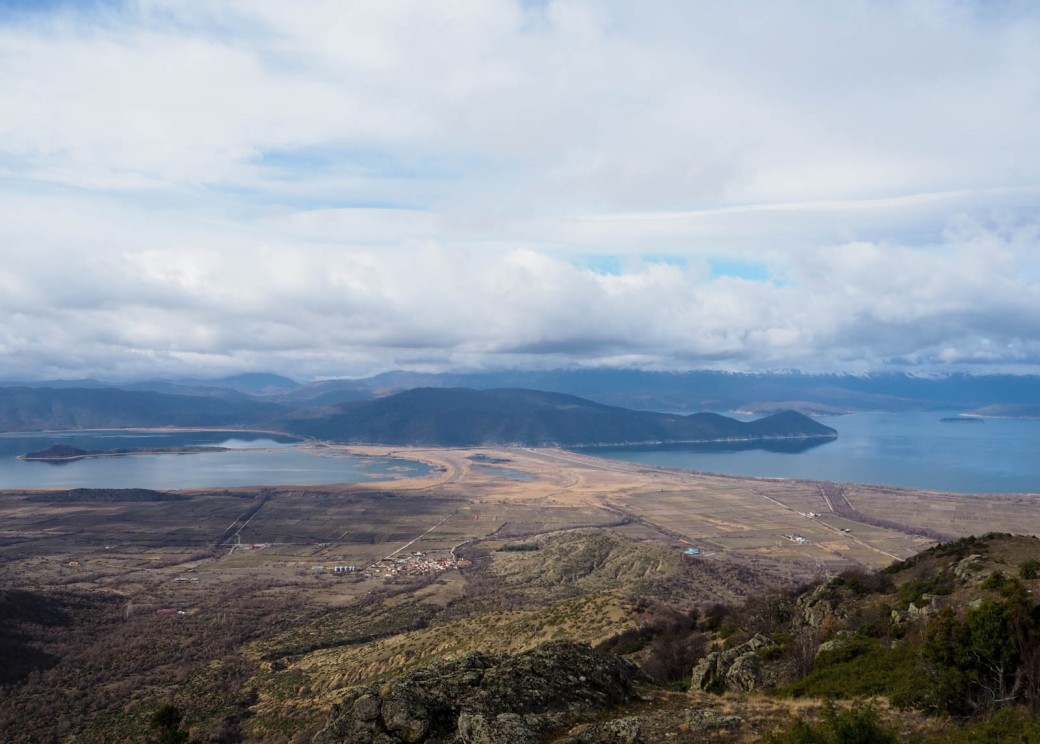 For part one of our #journeyfromhome around the Prespa lakes basin during lockdown please see here.

Next time: the mountains. Stay safe, everyone.