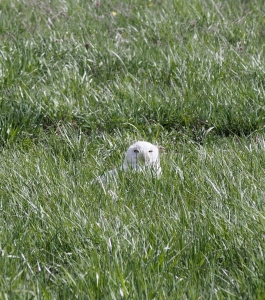 Without divination of their unveiling or any sense of a near and impending trajectory, the unexpected crossing of paths with a wild animal can arise as a profound surprise, a sudden braiding of ways both beautiful and bewildering, as though a brief dazzle of magic had detonated across the surface of the ordinary world. These encounters can be as strange and magnetic as those inexplicable old mysteries passed down through the ancestral line, odd happenings and surreal stories that, while both distant and dislocated, appear simultaneously fitting as well, resonant of things intended, as though two hands had been laced together in a clasp. But such wild moments of wonder as animal encounters never materialise intact and isolated from time, however much the experience might seem pure while in their presence; instead they are born of a restless sequence of events, given necessary breath and momentum by the messy pedestrianism of our lives, the stray and seemingly superfluous pieces of existence that tend to go untold in the larger telling. The small and simple fragments that carry us, always and without fail, farther down the road.

We’d left Kingston later than any of us had planned to, starting the journey back to my parents’ house in Eastern Ontario beneath a brilliant mid-afternoon sun after a weekend away. The five of us—my mum and dad, my brother, my wife and me—hadn’t been able to reach an agreement on where to eat before heading for home, and so we’d eventually peeled away from the highway to trawl the fast food options at the unappealing edge of an out-of-town shopping mall. After about ten or fifteen fruitless and frustrating minutes we abandoned the idea and picked up a quieter road northwards, my parents remembering a wayside restaurant they’d once dined at on the way. No sooner had we slowed when glimpsing its sign in a rural hamlet than we saw it was closed. We were so much nearer to home by then that we considered just waiting out our hunger and fixing something to eat upon our return, but only a handful of miles further on a roadside diner loomed in the crisp spring light of the dwindling day, one of those large but homely places where supersize motorbikes stand in ranks outside and desserts are racked up on white metal shelves within the shelter of a curved plexiglass case, great wedges of lemon meringue and coconut cream pie, deep bowls of creamy rice pudding. After strong coffees and burgers, and a reluctant rain-check on desserts, we waved goodbye to the waitress as we swung the door wide and hit the road again, one of those unassuming back roads of Ontario that crisscross the province in strictly parallel and perpendicular lines like a sheet of graph paper had fallen from the sky, laid over a land of farms, fields and forests in a transparency of regimental order. And that’s when we first saw it, so sudden and surprising to us that its presence felt oddly unreal, like a decoy compelling drivers to slow. 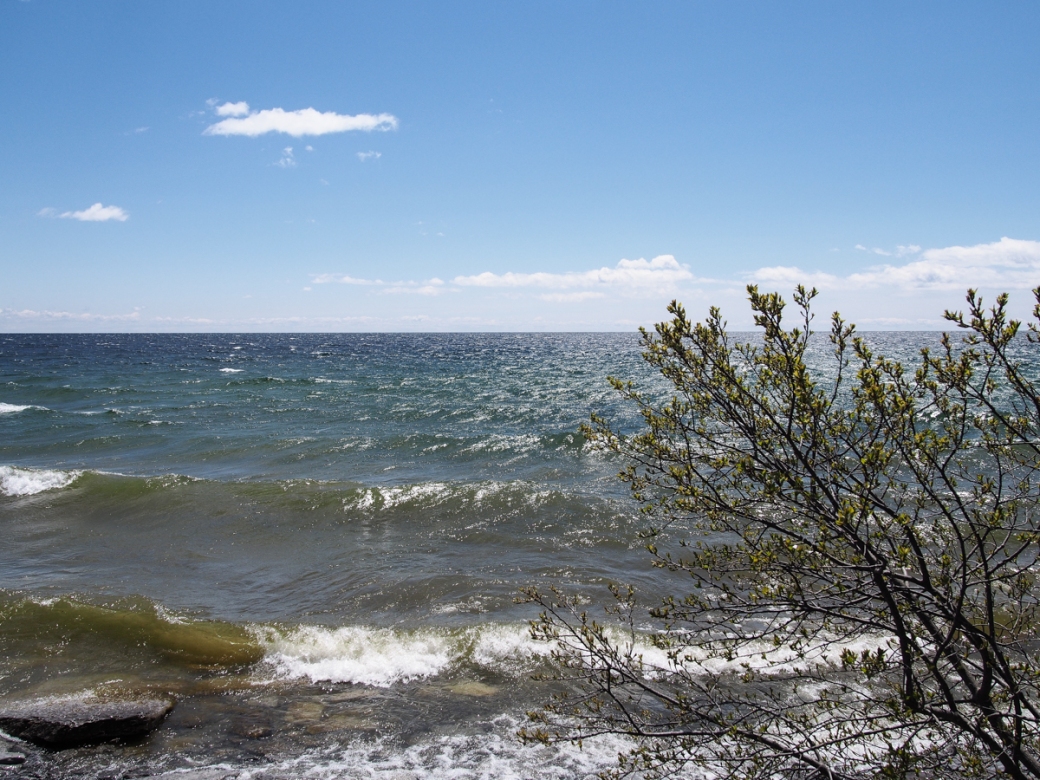 But if I think about it for a moment, I have to go back even further to understand the context for our being there at that precise time, for long before we’d struggled to find somewhere to eat, delayed here and there by a combination of indifference, indecision and closed businesses, we’d caught a later ferry than we’d intended, crossing from Amherst Island to Kingston on a boat that furrowed a glittering seam of white-edged blue through the chilled waters of Lake Ontario, having missed our ideal departure time because we were still searching for snowy owls and northern harriers on that windswept swell of land. And if a pair of rose-breasted grosbeaks hadn’t appeared while we scoured a tangle of bare branches—the male’s startling scarlet bib so alluring as it pulsed through the worn brown woods that it kept us pinned to the path for a good quarter of an hour—we might just have made it. In fact, the more I think about it, we should have been on that earlier ferry irrespective of the rose-breasted grosbeaks but for the fact that we’d lost an entire hour in the morning by missing our crossing to Amherst Island from the mainland, badly misjudging the time it would take to reach the dock after relying too heavily on memory instead of the satnav and a map, both of which unequivocally told us that our remembered route would terminate in a dead-end nowhere near our destination, leaving us too little time to backtrack on our supposed certainties and follow our non-human guides to the ferry point in time. And if I’m really honest, I would need to scroll back to the night before the ferry if I’m to untangle the collective lack of clarity when it came to our chosen route that morning, back to the snug Kingston pub where we’d celebrated Mother’s Day with large platters of food, a cake and candles that we’d smuggled inside without my mum knowing, and a few too many beers and wines, the after-effects of which had seeped into the morning and slowed our minds. But of course I could go on forever, rolling back across the years through the countless daily decisions, diversions, vacillations and actions that ultimately help account for where we are at any given time, all the near misses and untaken decisions, all the random developments and decisive steps that steadily accrue into something resembling a narrative. But it’s a narrative that, but for a second or two here and there or a missed ferry and an extra drink, could be radically different in its composition and extensive catalogue of experiences. An entire lexical area in the dictionary has even been assigned to defining the possible nature of these minor yet consequential happenings: coincidence, good luck, bad timing, happenstance, accident, providence, chance, serendipity, fate, fortune and destiny. There are far fewer terms, however, to describe how the astonishing can regularly insinuate itself into the ordinary—how beauty and the everyday can easily blend. 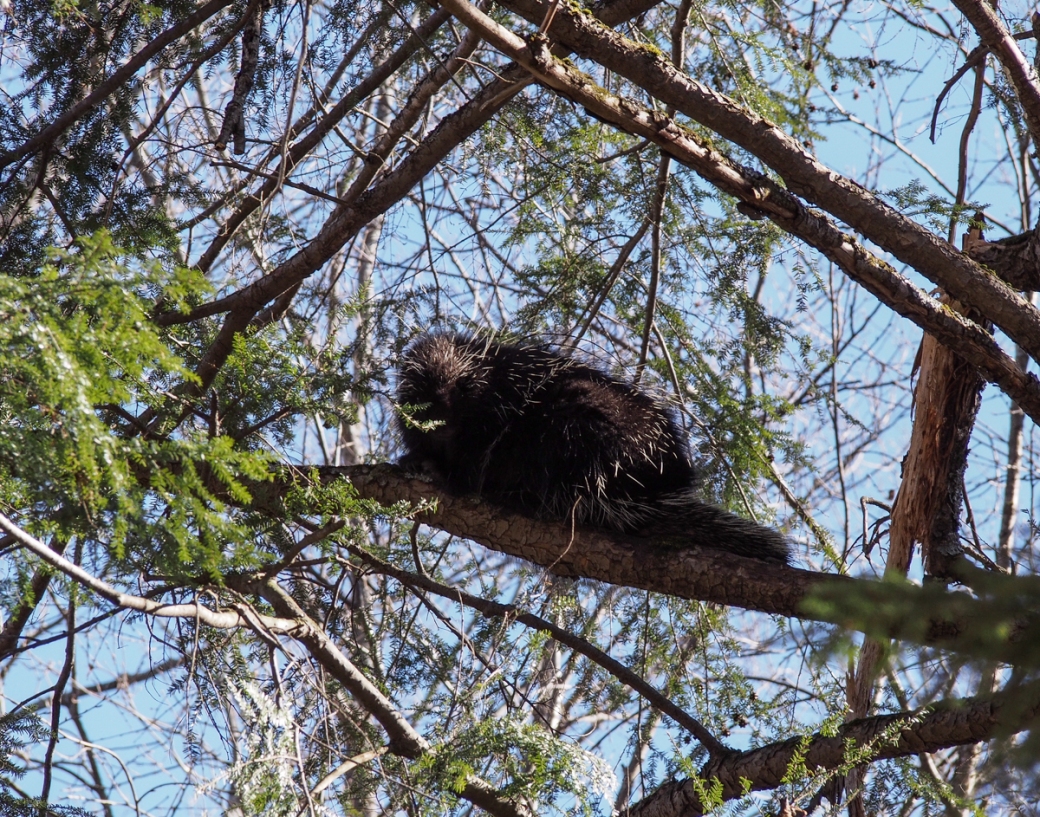 Whatever words and ideas we might cleave to, all I know is that we were on that road at the precise moment our path intersected with another’s, a coyote struck with a cast of spring light known only from certain latitudes, the raking, slanted, longing light of the north, gin-clear and distilled from the memory of snow. We pulled over at the side of the road, called into the compressed stillness of the moment, the dense intangible solidity of space that seemed to inflect that simple field with grace as it rose from its grassy edge to a swell of coniferous trees. The coyote’s eyes as they watched us were bright and glimmering, as though they’d sieved sunlight from the air to save for seeing at night. And its strikingly large build, the brindled pelage of long rufous and grey fur and its prominent ears hinted at a possible descendent of the original coupling between the smaller coyote native to the southwest United States as it spread northwards around a century ago and the gray wolves of eastern Canada that were rapidly dwindling in number, the result being the eastern coyote, a substantially larger animal in its hybridised form.

Together we sat in the hushed spill of mystery, all eyes on this forceful presence that imbued the afternoon with a quality of wonder that’s easy to forget exists when faced with the routine aspects of a day, and I realised then that it was the first wild coyote I’d ever seen. If I were to subscribe to the idea of destiny it would be tempting to see all our previous diversions and distractions and delays, even the drinks at the pub the night before, as somehow redeemed by meaningful purpose, as though they were essential aspects to the eventual convergence, governed by a greater need. But what then of the coyote? Is its trajectory defined by destiny as well, or did it face the ordinary challenges of its day, leading to decisions and misjudgments that subtly recalibrated its way? What moments in those preceding hours, seasons and life it had led conspired to guide it to that field at such a time? Had it reluctantly shied away from its usual route that morning because a trio of lorries shipping timber from the vast forests of the north had barricaded the road when the first of them broke down? Did it decide to warily advance through a meltwater pool, usually too deep with spring tricklings from winter’s vanished snows to be safe, to a new hunting ground at the expense of one more secluded? Or did a tenacious vole evade capture by slinking further into the matted pale grasses in the sunless shadow of the trees, frustrating the coyote for a full half-hour, more time than its eventual reward was perhaps worth? And if so, if those minor details in the coyote’s life need to be considered in the context of our encounter, then what of the vole? What events in its brief, fevered existence had colluded in placing it in the coyote’s way at that particular point in time? And if the vole, then what? The lives of the lorry drivers and that year’s quanity of snow that led to the meltwater pool? There is no end to the web of connections.

The coyote detached itself from the stillness and we watched it rise through the wet and shining field like a leaf flashing upwards through water. It wore light as if a garment, fitted seamlessly to skin. Shouldering its way towards the treeline, the coyote leaned back on its haunches like a family dog when it reached the top and faced us again, raising a back leg to scrape at some irritation behind its ears before yawning as if bored. We knew then that our roads were diverging again, steering us in separate directions. As the sun slipped further towards tomorrow, the sky beginning to flare with orange and red embers against a vault of cobalt blue, the coyote twisted round as it rose and slid as silently as smoke into the woods, each step the start of an unknowable new path. And our own way home, when we eventually let go of the field and carried on in the light of our crossed paths, had been remade in the shape of the world’s wonder.