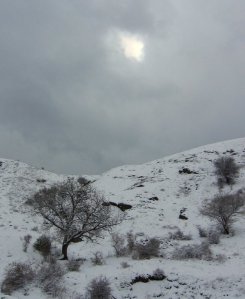 To one who lives in the snow and watches it day by day, it is a book to be read. The pages turn as the wind blows; the characters shift and the images formed by their combinations change in meaning…It is a shadow language, spoken by things that have gone and will come again. ~ John Haines, ‘The Snow, the Stars, the Fire’

Some winters I see lizards scattering across stones as I clamber the hillsides, retreating to the dark crannies that pockmark the slopes like the hollows of a sponge. I see butterflies resume their flights with the same uncertainty as children learning to ride bikes, slow and unaccustomed to light after a period of hibernation. I see reckless wildflowers uncurl towards the sun, prescient, fragile, doomed if the weather turns. But until it does they spark like coloured lights amongst the wind-raked grasses. 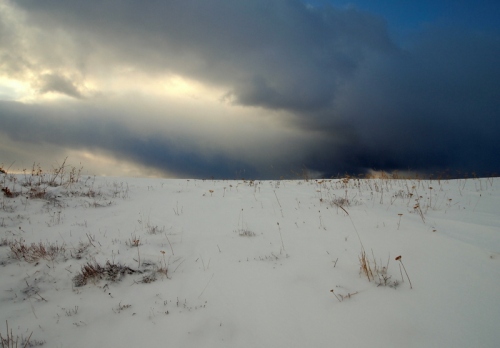 Other winters are different, mysteries of crystals and ice, when a world of white snow settles after falling, falls and settles again, a silent stillness austere and astonishing. Snow muffles the season, hushes the hours like a monastic spell. Ice lengthens into hanging spires, a winter citadel upturned along each village roof. Burst rosehips are scattered red across the snow by small mammals, little bundles of seed and skin, one of the few wild fruits to be found with any certainty in a frugal season. Hare tracks stipple the drifts, a loping set of indentations separated by white space, revealing how little they are bound to earth when they move. An afterimage of feathers shows where a bird has landed on snow to leave an imprint of its presence, a delicate etching akin to animal calligraphy.

From the first frosts of November I watch the skies for storms, looking for the grey ceiling of clouds that might coincide with a chill air, searching for the metallic, glittering light that often signals a fall. But in recent years the snows have been scarce, and all but the highest mountains have passed the winters bare. In our warming world I worry about the lake which is sustained by snowmelt, the rivers that bring life to the wet meadows and irrigate crops throughout the basin. Winter is no longer a sure thing.

But I also miss the joys of winter. Seeing snow fall from a mountain sky never fails to delight me. It takes me back to my childhood in Canada, when snow instigated a building of forts and ramparts, a cairn of snowballs at my side, as my brother and I spent the dwindling hours until dusk pummeling each other’s defences, or traipsing through the white drifts in snowsuits that hissed with our steps, ploughing paths with unrivalled excitement. We were explorers in a vast and uncharted wilderness, sending boats of bark sailing down rivers of ice we’d cracked open with our heels.

That mystery has never faded; I still thrill to the falling snow because of its simple and elemental beauty. It casts a spell that is different from other weathers; encourages intimacy with one of the planet’s magical processes. And the notion that each snowflake falling from a billowing white sky is unique in its form is as astonishing as the multitude of stars that umbrella the clear winter nights. Each one a rarity, a pattern indescribably its own. 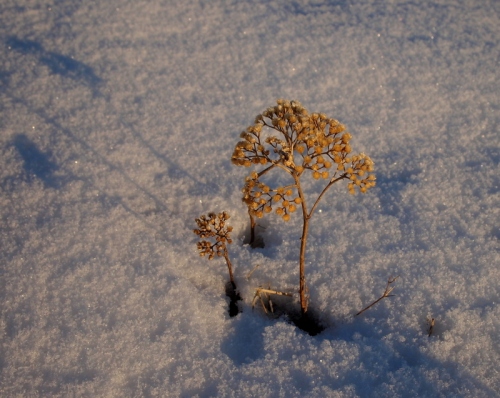 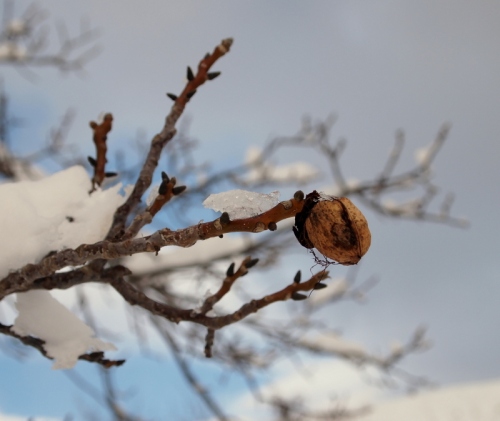 Born in 1865, Wilson A. Bentley was entranced by snow by the time he was a teenager growing up on a farm in Vermont. Absorbed by the long winters, Bentley set out to photograph snowflakes, eventually overcoming the technical difficulties of the age by attaching a bellows camera to a microscope and transferring each flake from a piece of black velvet to a microscope slide, capturing his first snowflake image in 1885. Before he died of pneumonia in 1931, after walking six miles through a blizzard in order to make more images, Bentley, also known as The Snowflake Man, had photographed more than 5000 snowflakes, including 2,500 for his 1931 book Snow Crystals. In all that time he never discovered two that were alike. One of the first to capture the ephemeral forms of snow before they melted, Bentley proclaimed that each flake was unique.

“Under the microscope I found that snowflakes were miracles of beauty and it seemed a shame that this beauty should not be seen and appreciated by others. Every crystal was a masterpiece of design, and no design was ever repeated. When a snowflake melted, that design was forever lost. Just that much beauty was gone, without leaving any record behind.” 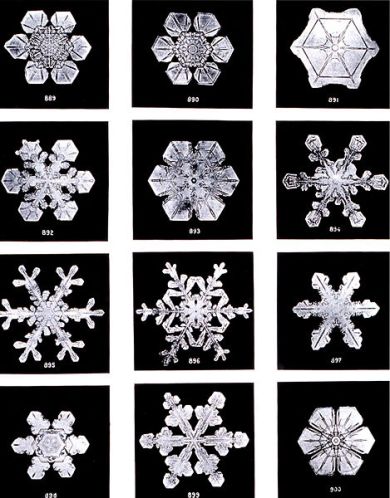 While the beauty of a snowflake is visible individually, taken together they have a cumulative and transforming power. Snow strips the land back to the bone, revealing its very essence, the shape and profile of a place. It’s like seeing a first draft of the land, an outline before the grace notes were added: the lichen-frilled rocks and scattered shrubs, the wild and tumbling grasses.

The ridges above my home are white and skeletal this winter, curved into smooth and sinuous lines. Bare trees stand sentry across the fields. And at the foot of the valley the lake has taken on the hue of ice, though it isn’t frozen. Instead it seems to know this winter is different, more in keeping with the way the season should be, what it means in this corner of the world. Far from being a dead time, winter restores and replenishes; it lays the ground for the long, searing summer months. For now the lake reflects the sky off the snow, turning deep blue in the process, the blue of distance and longing. The same watery blue the snow will melt into come spring.

31 thoughts on “A Winter World”