Ever since I was a boy summer has seemed synonymous with flight. Whether a figurative lift coinciding with the end of school when my brother and I would take to our bikes or the fields with equal delight and spend endless, consuming hours exploring whatever was there to be discovered, or an actual journey through air, travelling from our Ontario home on holiday to the northeast of England where we’d lived before my parents emigrated across an ocean. In every sense summer was an airy embrace.

Years later and the hot, burnished months still summon a desire for flight, but never my own. Instead it’s a time for staying still, to let the season spill over and layer the long days with its sheen. To let light cast its spell. In the breathless hours that enfold the Mediterranean siesta I’m drawn to the movements of the few creatures willing to risk the kindling sun. 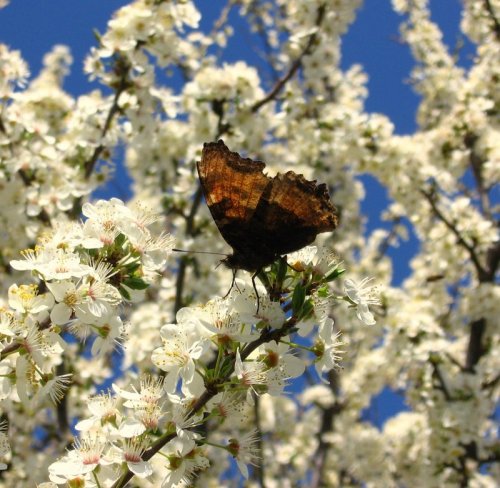 The flights of butterflies peak with the drowsy heat. They waver over the dry garden grasses, finding flowers or just passing through. Tiny blues like chips of lake ice, the myriad rusty hues of fritillaries, the metallic glaze of the green hairstreak. It’s like sitting in the garden for a matinée, watching a reel of old tinted celluloid unroll.

Seeing a meadow brown riding back and forth about the potatoes, bouncing sideways and at cross-purposes before curling back the way it came, it’s hard to imagine that butterflies were ever intended for flight. Yet some, like the monarch of North America and the painted lady of Europe and Africa are compelled to journey vast distances, migrating like birds during their fragile and short-lived existence.

To see one in the garden is to sense an urgency, a powerful compulsion that sends brittle creatures across the seas, spanning lands as varied as the many species adorned with wings. Unknowingly, butterflies now act as crucial environmental indicators as well. Due to their short life cycles, food-plant specialisation and intimate reliance of weather and climate, butterflies are sensitive to minor environmental changes. They can be read like a catalogue of possible loss; a place without their presence is rarely a positive thing. 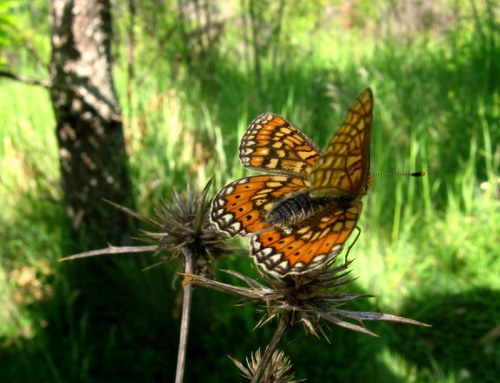 So many of us seek the light: flocking to seasides in summer; lifting as seedlings from the forest floor; basking like seals on stones. But it is equally flight that distills a seasonal essence, a desire to move on, leave things behind, take to the skies. As the naturalist Miriam Rothschild once said: “Butterflies add another dimension to the garden for they are like dream flowers – childhood dreams – which have broken loose from their stalks and escaped into the sunshine.” In the wake of each butterfly’s wings trails a memory, a weightless passage from one moment to the next, a kindred dance in the sun. 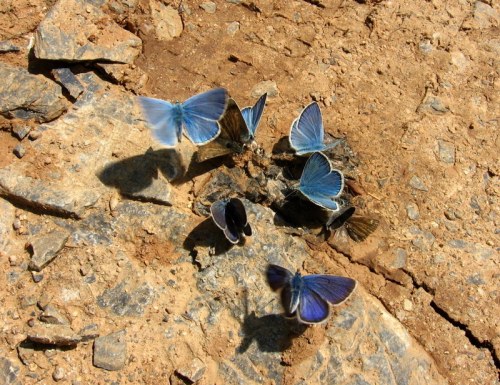 Notes from Near and Far will be back sometime around the middle of August. Until then, many thanks for reading and I wish you all an enriching season – whether it’s summer in the north or winter in the south. Happy wanderings…

46 thoughts on “Flights of Summer”